I like JSOM in SharePoint (at least more than alternatives). It gives the most complete client API to date (unlike REST) and adds automatic query batching on top of that - for free! One inconvenience though is that you cannot use same JSOM code both on client and on server - you have to switch to Powershell or C# CSOM (which often means rewriting same code in a different language)... But, no longer!

Full example can be found on Github.

There's an awesome but not well known package out there called CSOM-node (made by @vgrem), which enables executing JSOM in Node.js context.

Of course one of the most relevant scenarios nowadays is running server side code in Azure - so in Web Jobs or Azure Functions.

I'll use an Azure Function in this example.

For our purposes, we can create "HTTP trigger" Azure Function like this: 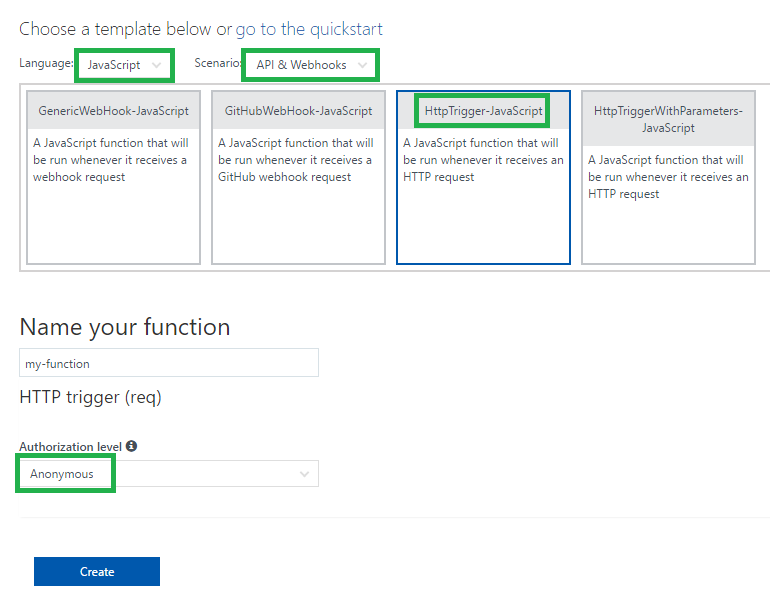 Official documentation for Node.js Azure Functions is quite useful if you don't have much experience with them yet:

In brief, in Azure Functions, you must use special context object (I prefer naming it azureContext to differentiate from JSOM context) for the following things:

Simplest example would be this code:

Based on this knowledge, it's easy to transform the CSOM-Node code snippet to Azure Function form (see highlighted lines):

Notice that I also changed authentication to App principal, so that we don't need to provide real user credentials. The app principal should be created via the usual routine - /_layouts/AppRegNew.aspx and /_layouts/AppInv.aspx as described in official documentation.

Instead of hardcoding App Client Id and Secret, good place for them is "Application settings" - they then will be accessible as environment variables (process.env.YOUR_VAR_NAME) in our Function:

One problem with Node.js Azure Functions is that somehow they run extremely slow if you have a lot of small files on disk. And if you use something from npm - you almost certainly have a lot of files under node_modules. CSOM-node is no exception - after I installed it to the cloud, cold start of my Function was easily taking more than 10 seconds (!).

To avoid this, Azure team created azure-functions-pack tool. With this tool, you can easily pack your function into a single javascript file. Unfortunately, there're several problems with that:

So in overall, to be honest, I didn't like this azure-functions-pack thing. But like it or not, execution time of my Function improved about 20 times with the packed version. So it was obvious that bundling is still necessary - and I decided to try doing my own custom bundling, after all it's quite simple with webpack (azure-functions-pack also uses webpack for bundling).

But instead of bundling everything into one file, I decided to bundle only CSOM-Node lib and leave alone the main Function files, so that I can still edit them using cloud IDE.

Probably biggest problem was that internally it uses require to dynamically include SharePoint packages based on the loader options, and webpack doesn't like it. I didn't find any good way to force webpack to ignore those dynamic requires, so had to replace require with rather ugly eval('require'), but at least it works now and my PR to CSOM-Node was fortunately accepted, so you guys don't need to think about that anymore.

Notice that copy-webpack-plugin module is used for copying the utility files that CSOM-Node needs, and also my main js files and function.json to the output folder - so I can edit them in cloud IDE. 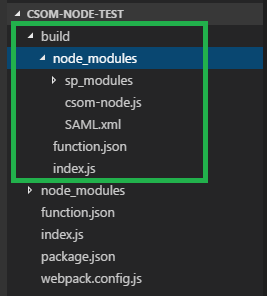 So basically CSOM-Node package was packed into a single JS file with several utility files, while main application files (in this example it is just index.js and function.json) were copied unchanged.

After I deployed it to Azure, it ran very fast, same as version packed with azure-functions-pack.

To configure this webpack build for your own project, you need to do the following:

And then you can use npm run build to create the bundle!

Note: If you have more dependencies than just CSOM-Node, you can easily add them to this webpack build by adding corresponding records to entry block in the webpack config file.

SharePoint Webhooks is one way of triggering Azure Functions automatically (when something changes in a list). Alternatively you can trigger Azure Function for example when user presses a button (using XHR).

Detailed documentation about SharePoint webhooks is available on dev.office.com:

In order to be able to use webhooks, our Azure Function should implement special logic for handling validation requests. Fortunately, it's very simple logic and requires just several lines of code:

To attach a webhook to a SharePoint list, I'm using SP Chrome Editor (Chrome extension), where it takes literally 10 seconds to add a new webhook via a simple UI:

Alternatively you can add webhooks programmatically.

Azure Functions seem to be a perfect way to implement a serverless backend for SharePoint Online.

Having ability to use JSOM and JavaScript in Azure Functions allows simple code sharing between client-side and backend, quickly moving the code from client to backend and vice versa, so writing code only once in one language - which sometimes saves a lot of time!

Full example can be found on Github.

If you have questions, don't hesitate to drop a comment! 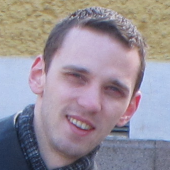